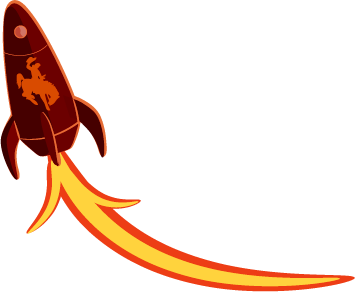 One of the greatest things about science fiction is that it inspires new and interesting areas of scientific inquiry. One example is in Carl Sagan’s Contact, where Sagan proposed a traversable wormhole as a means of transporting his heroine across the galaxy. It was this sort of idea that led Kip Thorne and his colleagues to actually come up with solutions to Einstein’s field equations that might make such wormholes a theoretical possibility. That’s an example of science fiction at its best.

On the other hand, poorly written science fiction not only makes for bad storytelling, but can further propagate misconceptions in the public’s mind about the universe (don’t get me started on all of the horrible science in Star Trek Into Darkness). That’s why Mike Brotherton, an astronomer at the University of Wyoming and a science fiction author himself, came up with a nifty idea – what if science fiction writers, editors, and filmmakers got together for a week and took an astronomy 101-level course? The result is the Launch Pad Astronomy Workshop.

Last year, I was invited to be a guest instructor at Launch Pad and I was amazed at how enthusiastic the students were. It was a lot of work, but it was great to see the attendees getting so much out of it. I’m thrilled to be asked to be an instructor again this year, but this year’s workshop will be very different from previous years.

You see, the previous workshops were funded through grants from NASA and the NSF. After all, if the storytellers’ work helps educate the public (and since most writers are notoriously underpaid for their work), it would be nice to cover their travel and tuition costs. Unfortunately, with all of the cutbacks in funding, the only alternative left was to ask students to pay tuition and to see if we could raise funds to cover the rest of the costs. Happily, several did apply and we are having a workshop this year despite the lack of funding!

However, their tuition only covers part of our costs and so we’re seeking donations to help make up the rest. To that end, Uwingu kicked in with a generous donation which will really help us out this year. And we also set up a crowd funding campaign over at Rocket Hub (yes, we hosted there because of their name). Here’s the promotional video we created:

So what do you think? Can you kick in a few bucks to help us out? We’d really, really appreciate it!