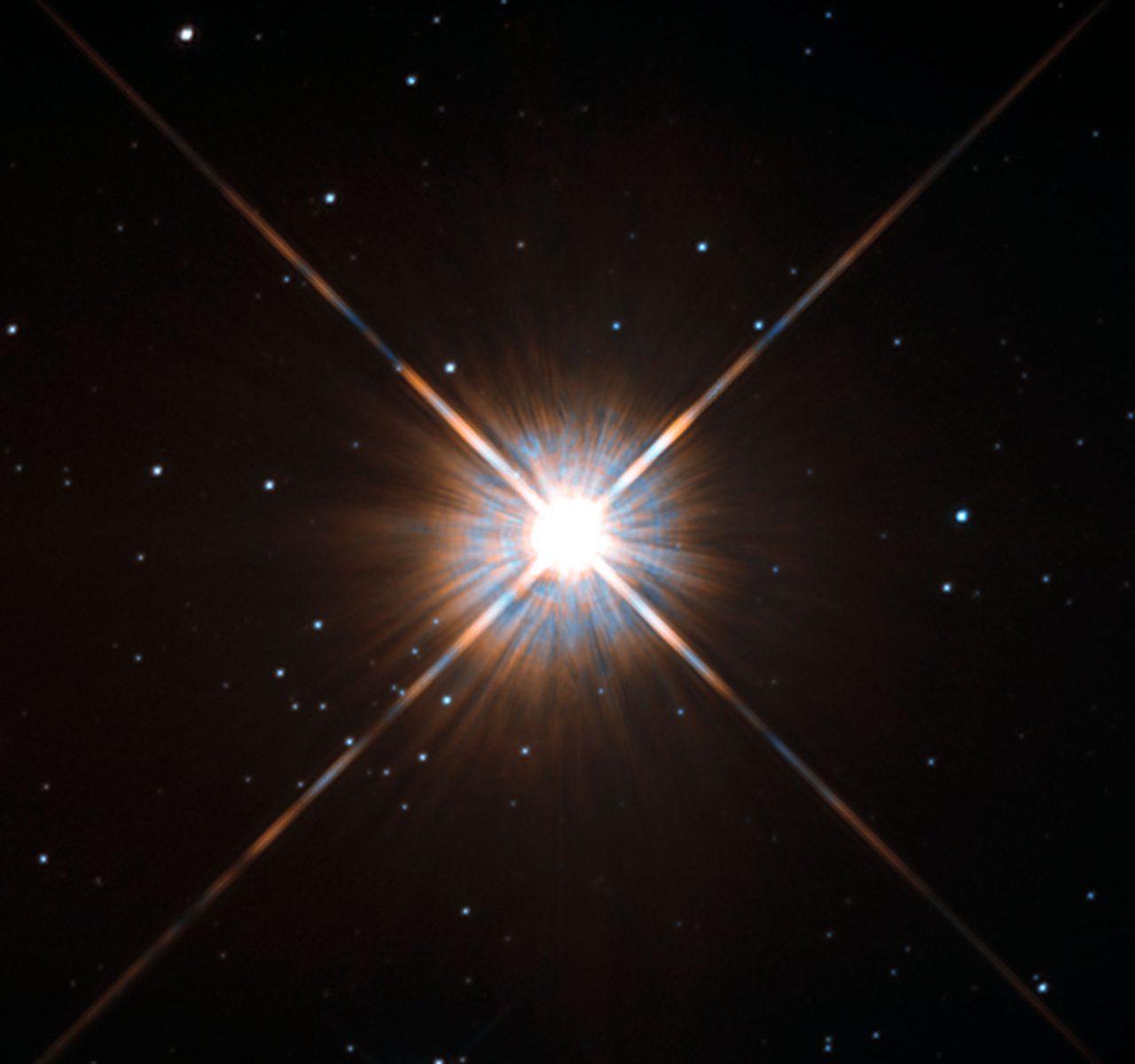 As stars like our own Sun die, they do so with beautiful complexity. First, they exhaust the hydrogen in their cores, having fused it into helium. As the star contracts, the core gets hotter until helium begins fusing into carbon, nitrogen, and oxygen. The resulting heat and pressure causes the outer envelope to expand, and eventually dissipate out into the cosmos. The result, is a planetary nebula like the one you see here.

At the center of the nebula lies the relic of what used to be the star’s core, known as a White Dwarf. What’s particularly interesting about this white dwarf is that it pulsates over time.[1. This pulsation shouldn’t be confused with a pulsar, which is a far denser object and a very different animal.] In NGC 2452’s case, the white dwarf seems to undergo occasional gravitational wave disturbances that propagate across the surface, like a ripple in a pond traversing the entire surface of the star.

NGC 2542 appears almost ghost-like in this Hubble Space Telescope image, which is perfect since we’re nearing Halloween.  It’s blue-like appearance is the result of the optical (colored cyan) and infrared (colored red) filters used to make this image. It’s eerie and awesome at the same time. 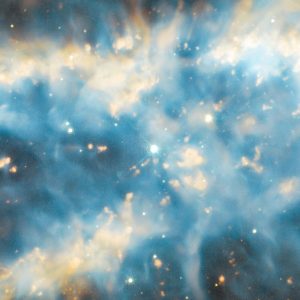 When  you want to study something really big in the sky, it helps to have a wide field of view. The Full Moon occupies about 1/2 of a degree in the nighttime sky, and that’s quite a nice chunk. But the folks over at the National Optical Astronomy Observatory (NOAO) are hoping to go wider with the new One Degree Imager (ODI) currently under development. As part of its commissioning, the camera was mounted to the 3.5-meter WIYN telescope and made this:

Talk about a bubble floating in the WIYNe (see what I did there? I’ll be here all week!)! This is NGC 7635, also known as the Bubble Nebula, a star forming region about 7,800 light-years away in the constellation Cassiopeia. The nebula itself is about 10 light-years across. At its center is a great bubble which is being blown by fast stellar winds coming from the bright star toward the top of the bubble. This star, known as BD+602522, is a relatively young giant star believed to be somewhere between 10 and 20 times the mass of our own Sun.

And it’s a hot star too – at 34,320K it’s more than six times hotter than our Sun*, gusting out winds of over 2,000 kilometers per second – that’s 4 million miles per hour (or 7 million kilometers per hour)! That wind is responsible for “inflating” the bubble, which itself is 2-4 light years across.

But take another look at the star and you’ll notice that it’s off center from the bubble. That’s because the “surface” of the bubble is slamming into cooler, denser gas in the walls of the nebula. But the density of the gas and dust in the nebula isn’t uniform so the outflow slams into cooler gas toward the top of the image and heats up, causing the gas to glow. Meanwhile, outflow from the star is free to pass through less-dense gas toward the bottom. The result is a squashed bubble with one edge closer to the star than the other.

The ODI is still under development. As its name implies, it is designed to take a full one-degree by one-degree high resolution image of the sky. The full image of NGC 7635 covers 25 by 25 arc minutes, just a little smaller than the full moon. But when completed, ODI is going to be one heck of a sky-grabbing machine.

According to Moore, et al (2002), it’s actually a bit cooler than expected for a star this massive.

As stars die, they form the most beautiful objects in the cosmos. As the star ejects its outer atmosphere into space, it forms a beautiful planetary nebula. Planetary nebulae are like snowflakes: no two are exactly the same. This is for several reasons – the stars that create them can have different masses, sizes, temperatures, and chemical compositions. Moreover, we see different planetary nebulae at different moments in their evolution. Sometimes, they are later stage and we see them fully formed; other times, we see them just as they are beginning to form, much like Hen 3-1475:

Hen 3-1475 is actually a proto-planetary nebula. That is, a planetary nebula in the making! The central star is surrounded by a thick disk of gas and dust, which almost blocks it from our view. Fortunately, it’s tilted just enough such that we can look “down” the disk and catch a glimpse of the star within.

The star is blowing out a fast stellar wind, which is funneled by the disk into a bi-polar outflow at several hundred kilometers per second.  If you look closely at the outflow funnels, you can even see “shock diamonds“, which are compression waves caused by the gas blasting out between 150-200 kilometers per second!

The central star is very bright – more than 12,000 times brighter than our Sun but not yet hot enough to cause the outflowing gas to ionize. Instead, the gas glows by scattering and reflecting starlight inside the funnel. Cool!

Finally, the shape of the outer lobes are curved into an extended “s” shape (or for you math geeks, an integral symbol). That’s because the star is precessing, like a spinning top as it starts to wobble. The star’s precession is only about 1,000 years, causing the outflowing material to “sprinkle” out into space in a gentle s-shaped pattern.

I love this image not just because it’s beautiful, but because it also reflects the same kinds of everyday physics we witness here on earth (ok, maybe not everybody gets to see shock diamonds from jets everyday but you get the picture). It’s a reminder of how some relatively simple laws of physics can give us such intricate and lovely cosmic sculptures.