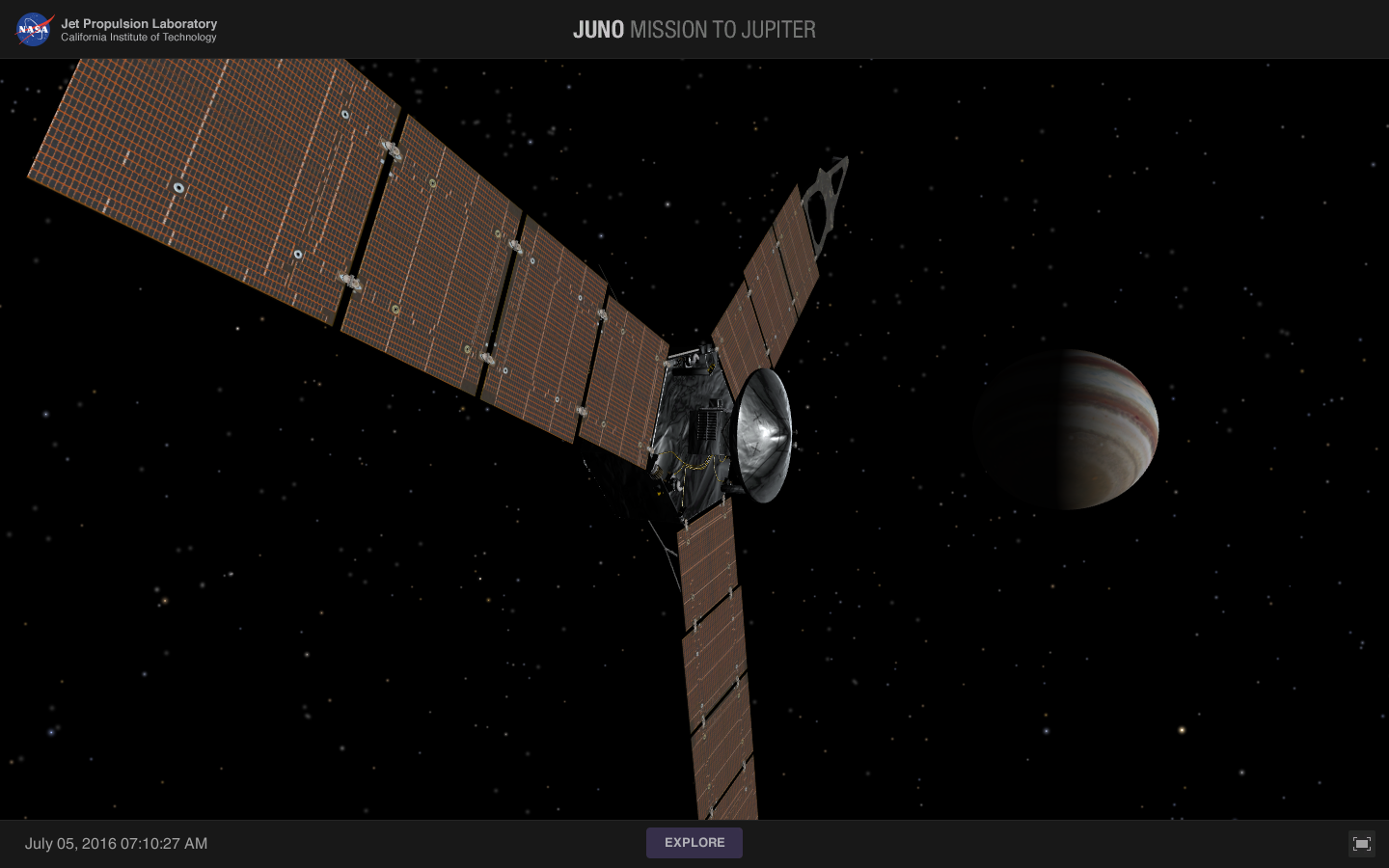 After a five-year journey, this happened: END_OF_DOCUMENT_TOKEN_TO_BE_REPLACED

Most people hate winter, but for those of us who watch the sky, there’s no better time to witness some of nature’s most dazzling optical displays, like the one you see here.

The image was taken by Joshua Thomas in Red River, New Mexico on January 9, 2015, at where I am guessing might be the Red River Ski resort. The arcs and halos are light passing through ice crystals, which act like tiny prisms of varying shapes. They refract and reflecting light rays into the patterns seen here. More often than not, viewing conditions only show perhaps just one or two of these patterns, but Joshua’s photo shows several rare patterns happening all at once.

Let me stipulate that I’m hardly an expert at this but with the help of the atmospheric optics site I’ve been able to identify – or at least make an educated guess – at some of these arcs. Let’s take them one at a time.

At the center is the Sun, washed out in this view., though perhaps there is a Sun Pillar formed by light reflecting off small, plate-like crystals. It is immediately surrounded by the 22° halo. These halos are fairly common, and you may have noticed them surrounding the full moon on a winter’s night. If you look closely at the photo, you’ll notice that there is a reddish color on the inside and a bluish color toward the outside. This is exactly what you’d expect to see if the light were being refracted by the ice crystals.

To the left and right of the Sun are Parhelia, or sundogs. We only see the right sundog in this photo, the left being obscured by the mountain range. Typically, these are teardrop-shaped, but sometimes they extend to form long streamers called Parhelic Circles. It looks like we have a nice Parhelic Circle going horizontally to the right. I imagine there would be one stretching outward from the left if the mountain wasn’t in the way. These circles run parallel to the horizon and can even wrap 360° around the horizon if you have a clear enough view!!

The gull wing-shaped structure is called the Tangent Arc which, as its name implies, is just grazing the 22° halo. Notice that the wingtips are connected by a “capping” arc, called the Parry Arc.

Piercing the Perry arc is a “V”-shaped sunvex Perry Arc, which is a very rare phenomenon. Sunvex Perry Arcs are caused by light passing through hexagonal column ice crystals in high and cold cirrus cloud. These ice crystals are suspended nearly perfectly horizontal in the sky,  as if that weren’t cool enough.

Surrounding the structures is what appears to be a giant rainbow. At first, I assumed this was the 46° halo, because it appears circular and seems to be about 46° across. But I learned that 46° halos are rare and typically very dim.  Now I’m thinking that this must in fact be a Supralateral Arc, which are brighter than 46° halos and show up at the same location. Supralateral Arcs are sometimes accompanied by Infralateral arcs, and at first I thought that may be what see poking up from the treetops on the left from the edge of the arc on the right at a 45° angle from the Parhelic Circle. But on further inspection, I’m not convinced that’s really what those are. Still stumped on this.

By way of illustrating my guesses, I color-coded the different arcs according to the types I think they are. Please let me know if I got any of them wrong! 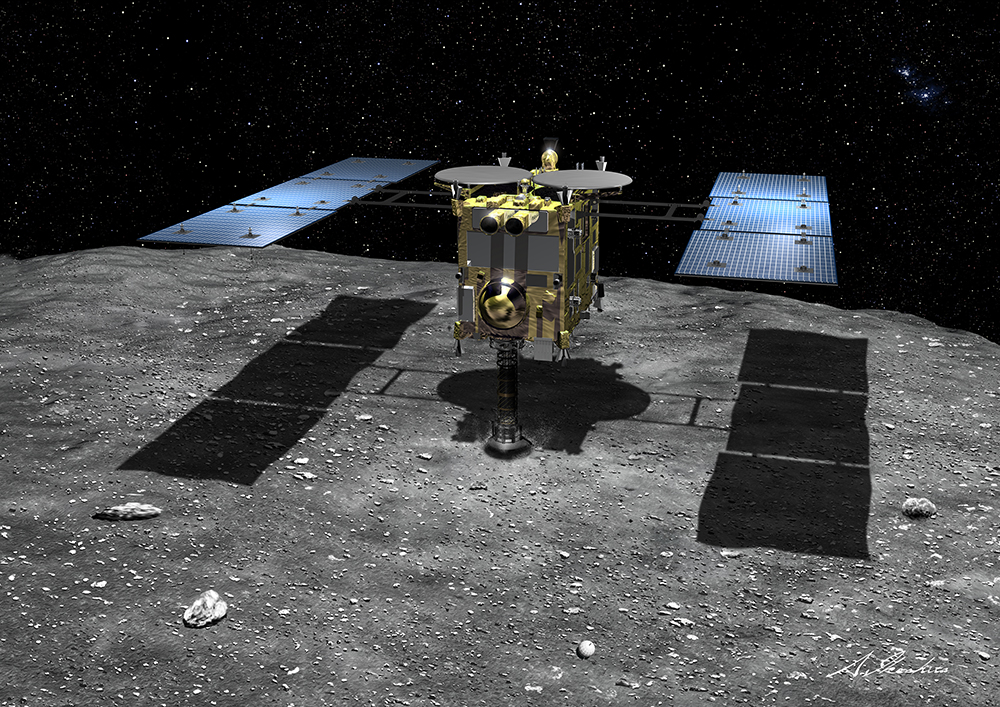 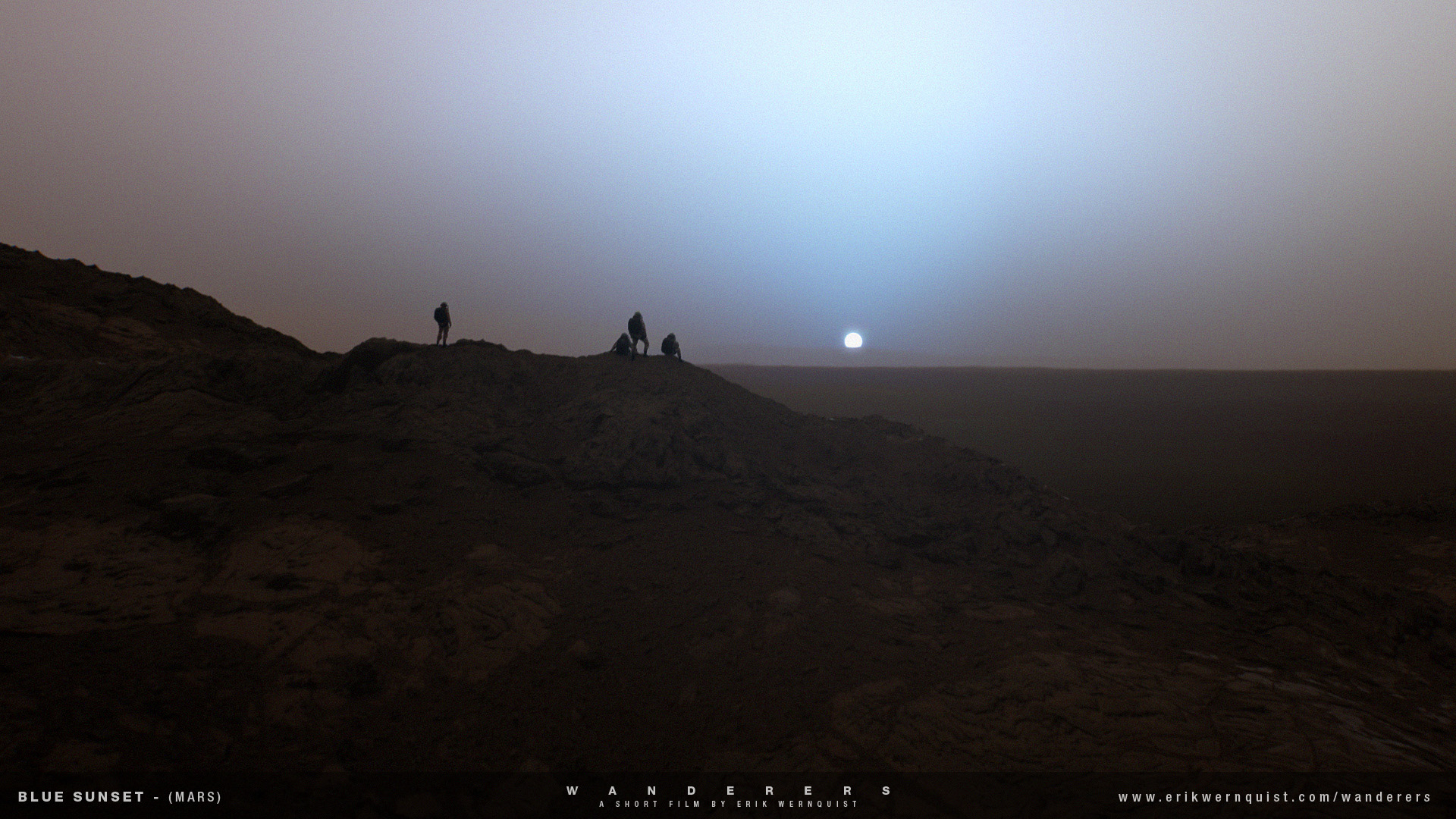 Many of us look at images of the planets of our solar system and see magnificent landscapes and stunning views of other worlds. But filmmaker Erik Wernquist sees humans living there. Go to full screen, HD, and turn up the sound:

I’ve watched this film about a dozen times now and I still cannot get over how incredibly amazingly cool this is! Wernquist takes us on a journey through time from nomads wandering the desert 10,000 BCE (underneath a sky filled with planets, no less) to future humans hiking on Europa, receiving shipments on Mars, to domed cities on Iapetus, and finally to clouds lit by ringshine as seen from a dirigible in Saturn’s upper atmosphere. All set to a heart jumping soundtrack, and narrated by Carl Sagan reading from Pale Blue Dot.

Best of all, the imagery Wernquist chooses are not only sourced from actual NASA and ESA spacecraft, but he accurately imagines the realities of living elsewhere in the solar system. For example, with a surface gravity of just 0.14g, you would be light enough on Titan to strap on some wings and fly through the methane atmosphere. And sure enough, that’s exactly what we see:

Or how about base jumping off the tallest cliffs in the solar system, which happen to be  on Uranus’ moon Miranda? With a surface gravity of just 0.018g, you’d have plenty of time to enjoy the view and could safely land on your feet with some simple retro rockets.

Or just enjoying a pleasant day inside a pressurized rotating asteroid lit by an artificial sun.

Wernquist takes us on a journey that, for now, exists only in our dreams and speculations. But he manages to make these scenes seem so real that maybe, one day, they will be. Nothing that is depicted in this film is outright impossible, we only have to have the will to make this happen.

Update: I was initially going to offer a scene-by-scene breakdown to help explain what’s being depicted in each scene, but Erik has already done that here so by all means check it out!

Philae now lies somewhere in the dark on Comet 67P. Its batteries drained, it has gone into hibernation, probably for the last time. Its story was nothing short of dramatic, exciting, and seemingly tragic for so many of us here on Earth unable to do anything but watch the little lander die from 300 million kilometers away.

And yet, it was one of humanity’s finest hours.

If you were to stop reading this post right now and head on over to phoenixpic’s post about Philae’s brief, but highly successful race-against-the-clock mission, I’d be totally cool with that. It’s a well-told tale that puts a lot of the events into its proper context.

But I remain in awe of just what an amazing success the Philae lander was. Despite its failed downward thruster, bouncing not once but twice away from its planned landing site, its harpoon system not being fired, a lens cap not coming off its spectrometer, ending up in the shadow of a cliff, deprived of the sunlight it badly needed to recharge its batteries,  despite all of those things….Philae still managed to fulfill its mission.

Think about that for a second. Against all odds, all of the available science instruments on board Philae were able to sample a 5 billion year-old relic from the formation of the solar system. Ok sure we’re not going to be able to go into an extended mission with Philae. We’ll never be able to see a beautiful panorama of the surface and watch it gently erupt as it draws nearer to the Sun.

But there is a ton of data already gathered and much, much more to come from the Rosetta orbiter itself. We’ve come a long way, and there is much to be learned. This is what Ambition looks like.