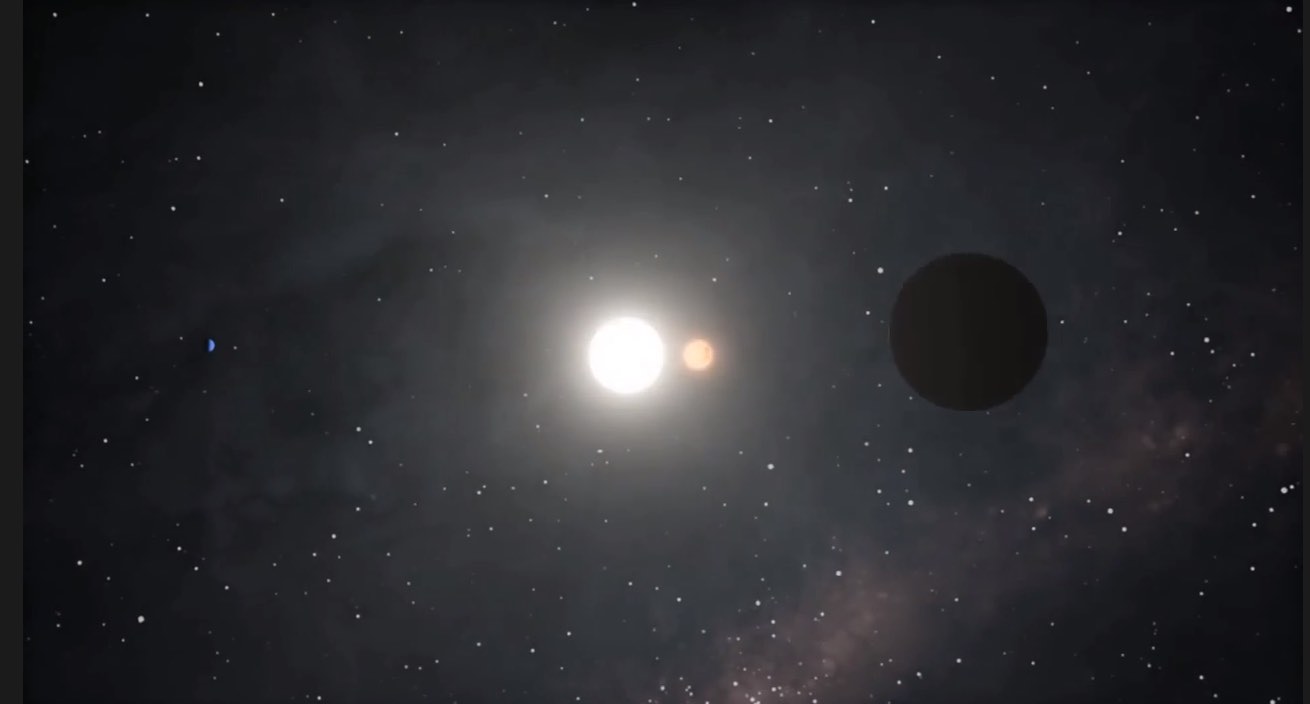 My friend Padi Boyd is an astronomer at NASA’s Goddard Spaceflight Center. She’s also a  singer, songwriter, and founding member of The Chromatics, an A Capella group who sing about, among other things, astronomy. So I was happy to hear their latest number, Dance of the Planets, got made into a nice little video. Check it out:

It’s a lovely song and a reminder of how much of our perception has  changed in such a short amount of time. Just 25 years ago, there was not a single known exoplanet – instead, we could only speculate about them and take a guess as to how what percentage of stars have planets, their number, and whether or not any of them might even have potentially habitable worlds.

Today, it’s a completely different story. We now know of more than 1800 worlds orbiting other stars, with thousands more waiting to be confirmed. We can confidently state that every star, regardless of its type, likely has at least one planet orbiting it.  The Kepler Space Telescope showed us that planets do in fact orbit other suns in their host star’s habitable zone, can have stable orbits in binary star systems, and come in a variety of sizes around stars very different than our Sun. The upcoming Transiting Exoplanet Survey Satellite will identify even more interesting targets for future telescopes, and get us started down the path of understanding what their atmospheres are made of.

It’s an exciting time to be discovering new worlds beyond our solar system, and Padi sums it up best with these lyrics:

At the dawn of the twenty-first century,
The dream has become a reality
We’re not quite as alone as we used to be,
There are planets around the stars

When you have one-thousand thirty eight confirmed exoplanets. you get to do some pretty cool things with all of that data. The Open Exoplanet Catalogue put together a really cool bubble chart of these planets’ sizes and temperatures.

Pretty, isn’t it? And there’s a whole lot of information packed into each bubble. The size of the bubble corresponds to the relative size of the planet and its color corresponds to its equilibrium temperature. We can think of a planet’s equilibrium temperature as an idealized case where the planet is only heated by its parent star, and there is no warming or cooling due to the planet’s atmosphere. Of course, that’s never the case in real life and that’s why the the folks at the Open Exoplanet Catalogue were careful to point out that “green might be right.”

Take a look at the visualization yourself and spend a few minutes (or hours) hovering over the planets. Visualizations like these are a great way to explore large sets of data like these all at once. And with another 1,073 (and counting) unconfirmed exoplanets, there’s going to be an ever-expanding dataset to explore.