When I saw this image I thought “wow, what an awesome painting!” But that’s not a painting at all – instead, it’s an actual image of the Sun taken in Ultraviolet light by the Solar Dynamics Observatory on August 31 2012, and it was a monster! Here’s the breakdown:

A filament of relatively cool gas had been suspended for several days in the upper atmosphere by the Sun’s magnetic field. The magnetic field on the Sun is very dynamic, with its local field lines tangling and twisting as the Sun rotates. This causes escaping gases to be trapped in the field lines and “hang” in the atmosphere for several days or even weeks at a time. These filaments can be huge. How huge? Huge:

But that’s not all … if opposite magnetic field lines are brought together, the result is a powerful release of matter and energy called a Coronal Mass Ejection. And that’s exactly what happened here, hurtling the filament, plus a whole lot more, out at over 900 miles per second!

Even better, NASA caught the whole thing on video and put it together into a spectacular movie featuring footage from SDO, SOHO, and even STEREO-B from the far side of the Sun (be sure to go to HD and full screen for maximum awesomeness):

Over the next two years the Sun will be approaching solar maximum, which means we should be treated to even more spectacular events like this one.

Holy Wow, what a beauty! This is NGC 7090, a spiral galaxy seen nearly edge-on, which means we cannot directly see the arrangement of its spiral arms. When we look at spiral galaxies, we typically see these hot blue stars in the spiral arms.

But NGC 7090 is really actively hatching new stars, and we can see them clearly in the pink patches that dot the galaxy. Those pink regions are cooler clouds of hydrogen gas, inside of which stars are forming. Also, those pink clouds are … pink which means they’re warm enough to be illuminated by recently formed hot stars within.

There is a lot of dust seen in silhouette against the bright core of the galaxy way behind in the distance. It’s not unlike looking at the center of our own Milky Way – the best we can do is look towards the center because of all of the intervening gas and dust that absorbs visible light. To see any beter we must turn to infrared and radio.

Of course, Hubble has a rather narrow field of view compared to other telescopes. With a decent ground-based image, you can get the entire galaxy in the field of view, and that’s what amateur astronomer Steve Crouch did in his magnificent image of NGC 7090. Below is Steve’s image, rotated to roughly line up with the Hubble image:

BTW, NGC 7090 is located about thirty million light-years from the Sun in the southern constellation of Indus. 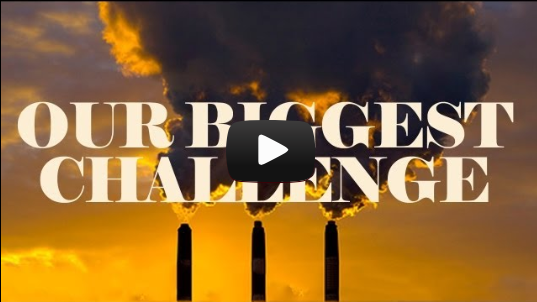 Over the years, I collected some trading cards and even played a few games to a rather obsessive extent, hoping that my trading partner wouldn’t have the cards I had and would be dumb enough to trade his rare card for a handful of my common ones.

But thanks to the Internet, and to people willing to do the hard work to make them available, you can download the entire set, print them out, and impress your friends.

And that’s just what Stephen Wilkins at Oxford University has done by creating an Astronomy card game. It’s still in the proofing stage, but you can download, print them out on card stock and trade away!

Card sets like these are a great way to engage the public. Of course, you can hand out links to websites but people may not remember to check them out later. But if you can give them something they can hold in their hand, it makes an immediate, physical impression.

Game play and other uses

Stephen Wilkins envisions the cards can be played in a manner similar to Top Trumps. Being an American, I haven’t heard of or played this game before, but it sounds like it would be a great game to play with kids. Here are a few other ideas:

And by the way, the production values of these cards are slick! I love the typography and graphic design. Below is a sample from each deck:

Needless to say, it’s hard to summarize all of the awesomeness of the universe into a few card decks, but this is an excellent effort. I can imagine expansion sets to include stuff like the Kuiper Belt, Brown Dwarfs, Binary Stars, Exoplanets, Black Holes, Quasars, Dark Matter, Cosmic Microwave Background, etc.

After all, you have to do something to keep the collectors busy!